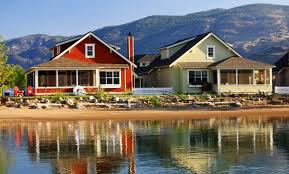 Jim Hammond, developer and principal behind the concept of Veranda Beach, Oroville, Washington, remembers growing up on the great plains of Saskatchewan. Specifically, he reminisces on those eternal Summer evenings where lazy melded with moonlight and decks became festooned with hammocks, sleeping bags and air-mattresses in an attempt to beat the heat. Childhood talks, carried by breezes, spoke of new bicycles, where the fishing would be good, and who was a better swimmer.

I remember those nights too.

Growing up in Edmonton, Alberta, I had a great-uncle who had a farm in the (then) small community of Fort Saskatchewan. My parents would drive us out in the heat of the day and we kids would pick strawberries and Saskatoons for dessert, eating as much as we put in our buckets. Then we’ld slump on the wrap-around deck with gallons of lemonade whilst the fruits of our labor (literally) were turned into pies, tarts, or simply covered in cream in deep bowls to be devoured.

That was a good time to be a kid; riding my bike along the highway in the morning (I was only 6 or 7) on Brave Adventures… coming home only to eat, and then back out again to Forage in the Wilderness. We were scamps, we were feckless, we were a force without reckoning. 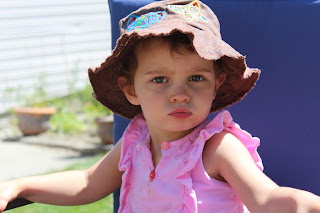 And now, many years later, I watch my two-year old growing up in land where she will perhaps never know such wild abandon, such freedom to discover. And I thought of this even more as I tasted the wines from Jim Hammond’s development.

Styled as a throwback to the 50’s and showcasing over a mile of private beach on what must be the warmest lake in Canada, Veranda Beach is a beacon to that lifestyle. Today though, let me tell you more about the wines then about the resort… For as much as the place itself deserves to be advocated, the wines are articulate and well-crafted, meriting a champion. (insert Kristof as said Champion) 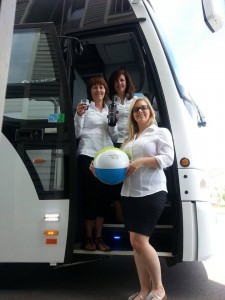 I first came across the wines of Veranda Beach on a decidedly far too warm private coach ride from Lake Chelan, Washington to Penticton, British Columbia and the 2013 Wine Bloggers Conference. It was June and the bus had failing air conditioning and yet on-board came our brave adventures from the resort with beach balls, bottles of chilled wine, and unfailing joie-du-vie. They laughed as they poured and we wine-writers responded with good manners and more then a cursory interest in the wine.

Yes, friends, Katy Perry. Just not that Katy Perry. The one I speak of is a tenured winemaking professional, with a pedigree that would do any cellar proud:

This uber-professional has not only a degree in viticulture from famed UC Davis, but also in eonology. This means the lady has smarts – real smarts. But there are many types of smart, right? Katy knows this as well, so she went to Australia and worked with the former winemaker from Penfold’s before going to world-class Yalumba on a stint. But even Aus wasn’t big enough to hold Katy and so she flew back to America to work with the pantheon known as Stag’s Leap, and then a foray into boutique production in Carneros AVA.

But we all know that there’s no place like home, and home beckoned to Katy one fateful day when she was asked to speak at an event in Lake Chelan, Washington. She fell in love with the area, and then that minxy mistress Fate dropped in and Katy was being asked to take on the role of winemaker at Woodville for Chateau St Michelle. This is a dream-job for many, and so on forged our brave Katy, working alongside Eric Olsen and Ernst Loosen to create the first iconic vintages of “Eroica“.

Now Katy and her husband have their own vineyard and winery in Lake Chelan; Tildio Winery (  http://www.tildio.com/ ) and Katy is firmly in-place driving the wines of Veranda Beach to greater heights with the able assistance of vineyard manager Finis Hale. 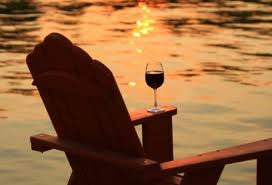 We all know that winemakers agree; 80% of the work done with wine is done in the vineyard, so Finis has a lot on his plate if he’s going to keep the vineyard matching the pace of Katy – right? One small (potential) hitch: the vineyard is in the development. Yup – that’s right, your cottage at Veranda Beach may in fact be one of those that’s surrounded by Sangiovese or Cabernet Franc. A nice way to wake up, if you ask me, but I could see challenges getting the picking equipment between the parked station-wagons (lol).

Actually, vehicles aren’t allowed at the cottages, which means the kids can run as free as they want to – which brings me back to how I started this article: I started tasting these wines and remembering what it was like to be filled with the freedom that (seemingly) only children possess. I wanted to ensure that my daughter had that as she grows up.

Perhaps, just like smarts, there are many types of freedom. What is Freedom if it isn’t a young Paleontology assistant becoming winemaker in her own winery and at the same time in another World-Class resort just down the road? What is Freedom if it isn’t a boy from Saskatchewan growing up to build a resort where kids can run free and parents can relax on wrap-around decks whilst sipping sinfully seductive Riesling?

And speaking of Riesling, I almost forgot to review the wines@! Here you go my friends…

90+ points
50 cases produced
Double-Gold; www.SeattleWineAwards.com
So you remember that perfectly pretty girl in school/work? The one that you soooo wanted to dislike; she was curvy, she was athletic, she wore clothes that made her look like a rock-star. You were so sure that she was a ditz, and how you would savor trumping her in brains! Ah…. then you found out that she was a straight A student as well, and… she was really nice. Crap.
You found yourself liking her, despite your best intentions. In fact, she may have become your best friend (or your wife – lol).
This next wine is alot like that for me; from the first whiff of the ripe, stonefruit-and-honey laden aromas I thought “Oh – another pretty girl who can’t chew gum and walk at the same time.” Oh how I was wrong! Layered with goodness and dimension, this is a wine that expresses not only varietal correctness, but is an excellent candidate to showcase what the South Okanagan is capable of for World-Class whites. This makes me hungry to try a late-harvest from the vineyard… and seems a natural for Spatlese or Auslese style. ( http://en.wikipedia.org/wiki/Sp%C3%A4tlese ) 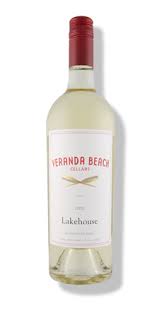 2012 Lakehouse (Riesling)
91 points
102 cases produced
whole-cluster pressed
100% stainless steel
Double-Gold; www.SeattleWineAwards.com
And then we came to the end of the tasting… an innocuous bottle named “Collage”. Immediately, crafts-classes from Grade 1 came springing to mind in a most unfashionable-manner. I thought that perhaps this was the end of my lucky-streak of finding rare wine-gems… little did I know~!
I love Washington-State Sangiovese. And when I say love, I mean love in the purest sense! This isn’t an infatuation, this isn’t puppy-love where I try a bottle and say “oh this is looovely” and then never write about it again. No my friend, Washington-State Sangiovese is worthy of time, of consideration, and most of all; worthy of your money. This is the second time in a month that I’ve tried it and been stunned. 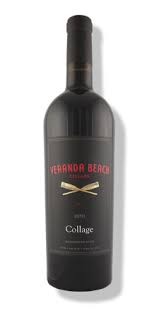 And that, as they say, is that. There are plans to develop the property, and expand the vineyard. But plans are just that: plans. They sometimes go astray and oft lead us to places we never expected. I sincerely hope that your plans, well-laid or not, lead you to Oroville, Washington soon so you can tell me your thoughts on these brilliant wines. The proof is in the glass!

Kristof Gillese: trained chef, certified wine steward, journalist and proud father. In these articles it is the human story that takes priority: to tell the tale of common people accomplishing uncommon goals. In the world of wine these tales are prolific. It has been Chef Kristofs privilege to have worked with luminaries such as Pierre-Henry Gagey of Maison Jadot, Nik Weis of St Urbans-Hof, Ray Signorello of Signorello Estates and Ezra Cipes of Summerhill Pyramid Winery; leaders in the industry. With almost 3 decades of experience working with the synergy between food and wine, Chef Kristof is proud to share the stories of these amazing stewards of the land. These articles are written with a profound reverence for the family aspect to winery culture as, to this writers understanding, nothing has ever had a more far-reaching effect than the love and devotion for a parent to a child. All great wineries are built by parents for their children and it is because of this that Chef Kristof writes.
CONTACT:
www.TheChefandTheGrape.com
On social media:

The Mysteries of Fall Foliage and Spanish Grape Varietals

The Yarra Valley: Australia’s Burgundy, Less Than An Hour From Melbourne


Thanks for your comment. It could be because Americans are at this poi


Very interesting account of the wine expo. Any idea why so few America


I had no idea about Penedes at that level either. Good to know!


Yes, too bad about the Léoville. Such a shame when a grand old bottle